Using my GOV.UK experience I have introduced the GOV.UK prototype kit and coded high fidelity prototypes of forms for user testing. This was a completely new way of working for all.

Working with the content designer, a digital customer officer, the Housing department, a developer, support workers and interpreters.

I've adapted the prototype kit to reflect the Council brand and own style.

Adapting the colours for the links: 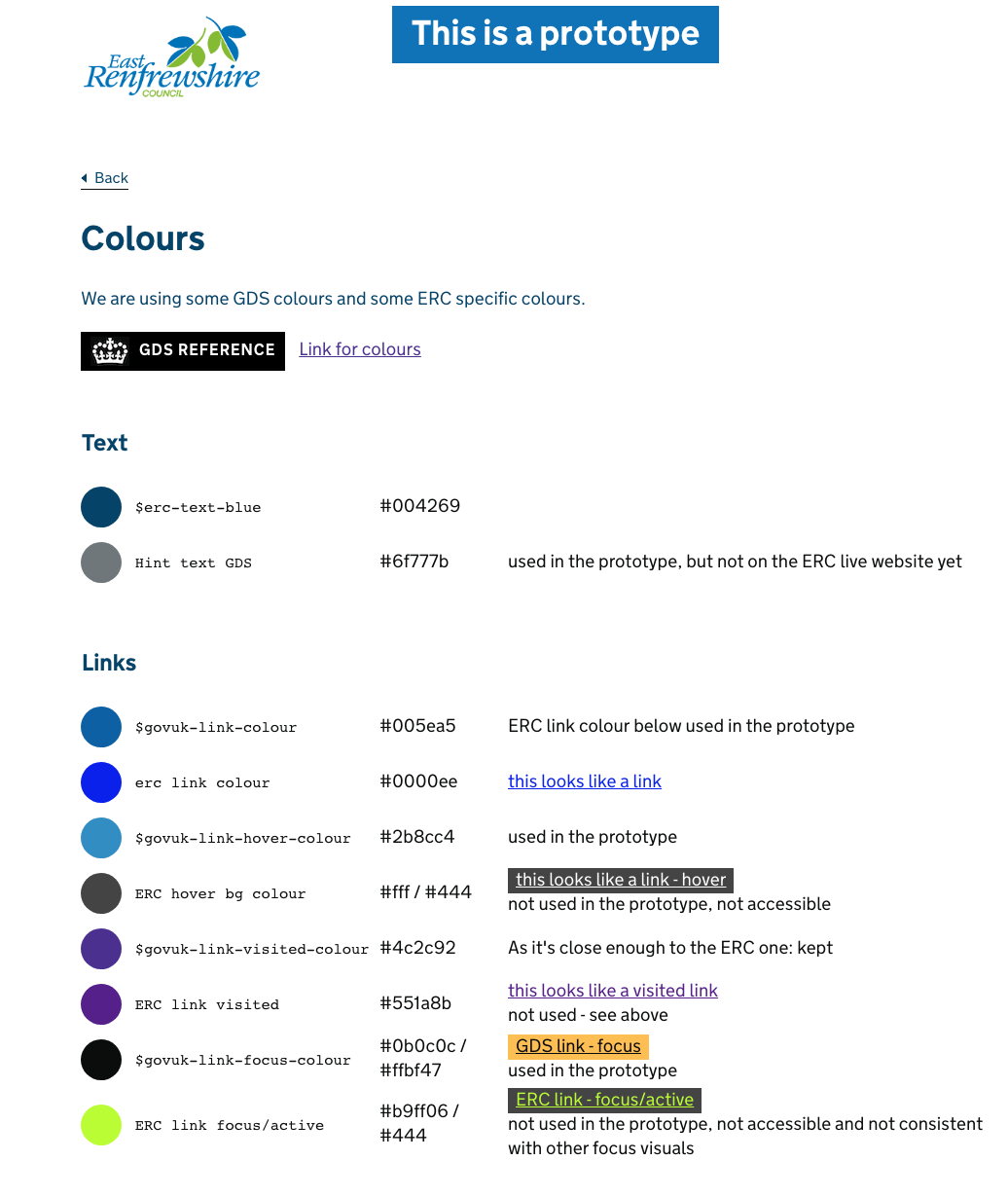 The prototype uses the same components and most patterns of the GOV.UK Design system

But I took into account some IT constraints to avoid prototyping patterns our CMS could not reproduce. 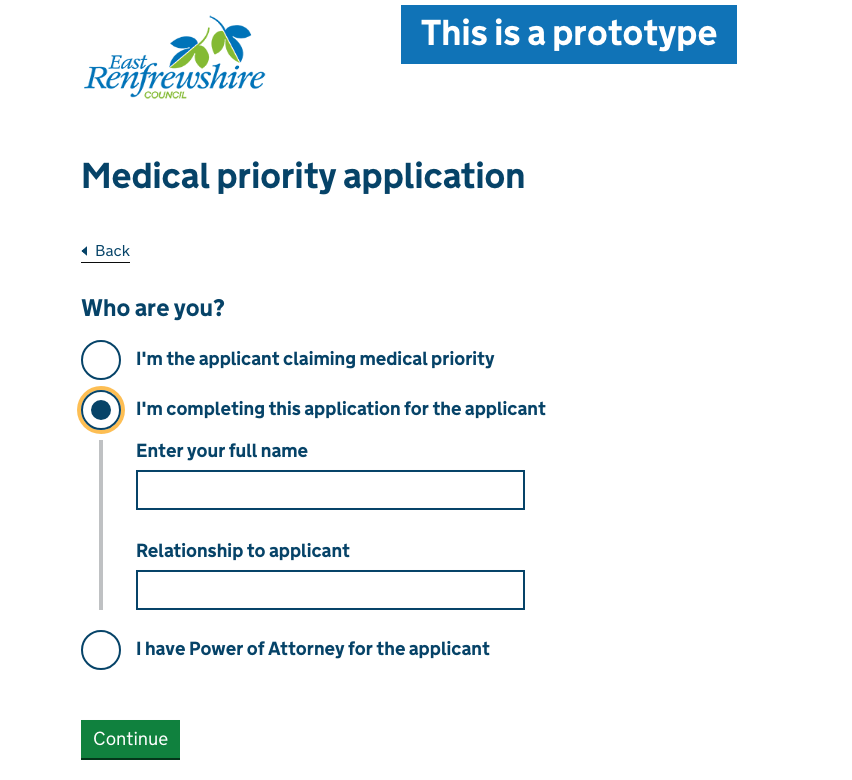 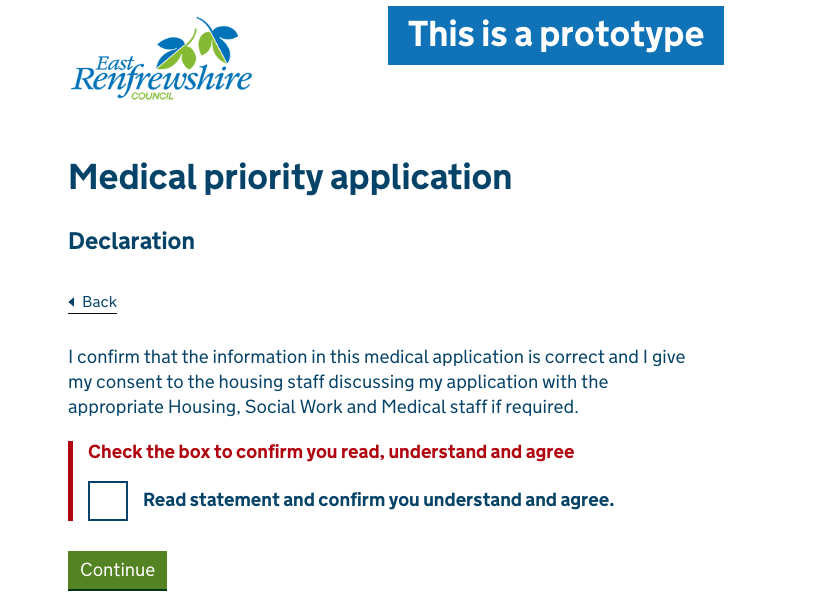 Amending your details - on desktop/mobile view: 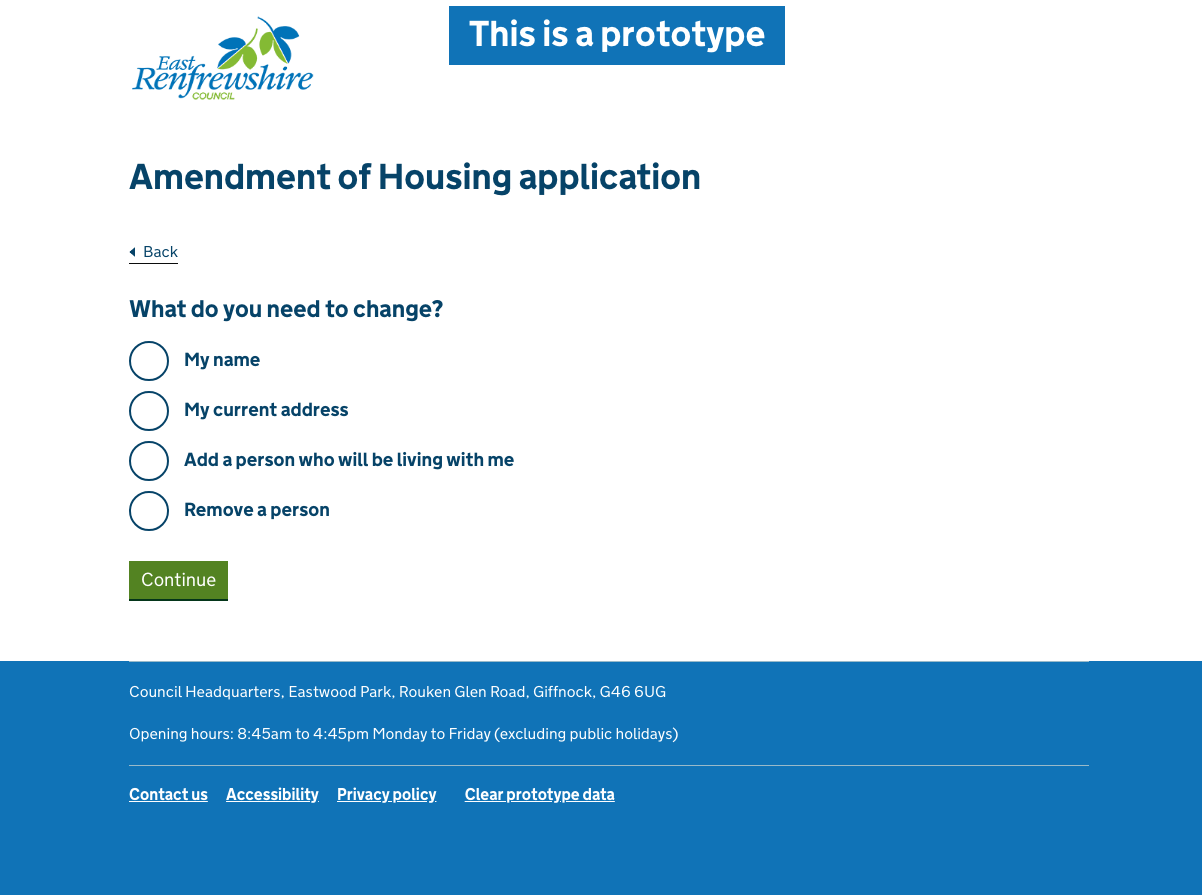 I created flow diagrams to highlight the logic rules in the journey as the form had over 50 potential different screens. 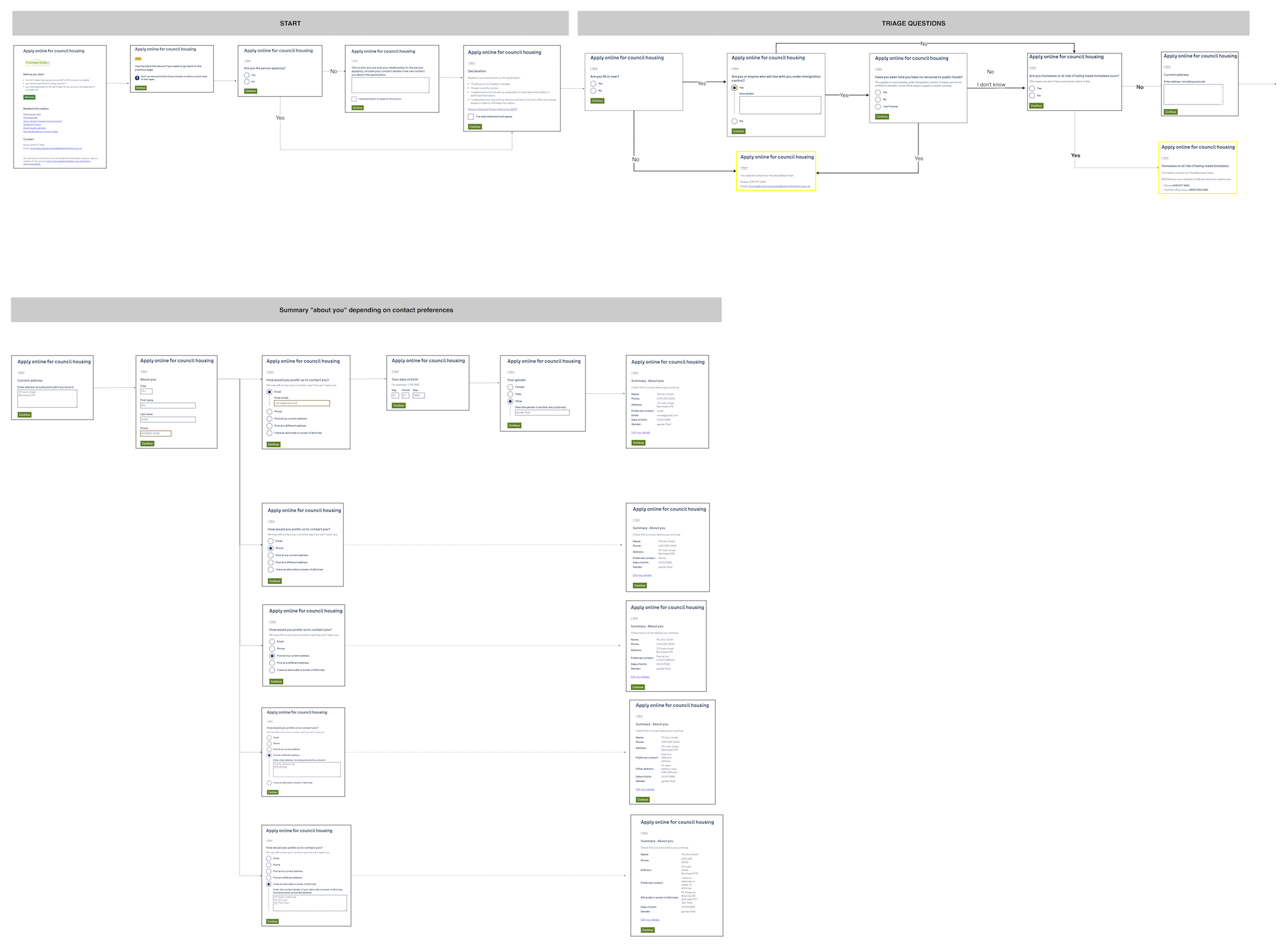 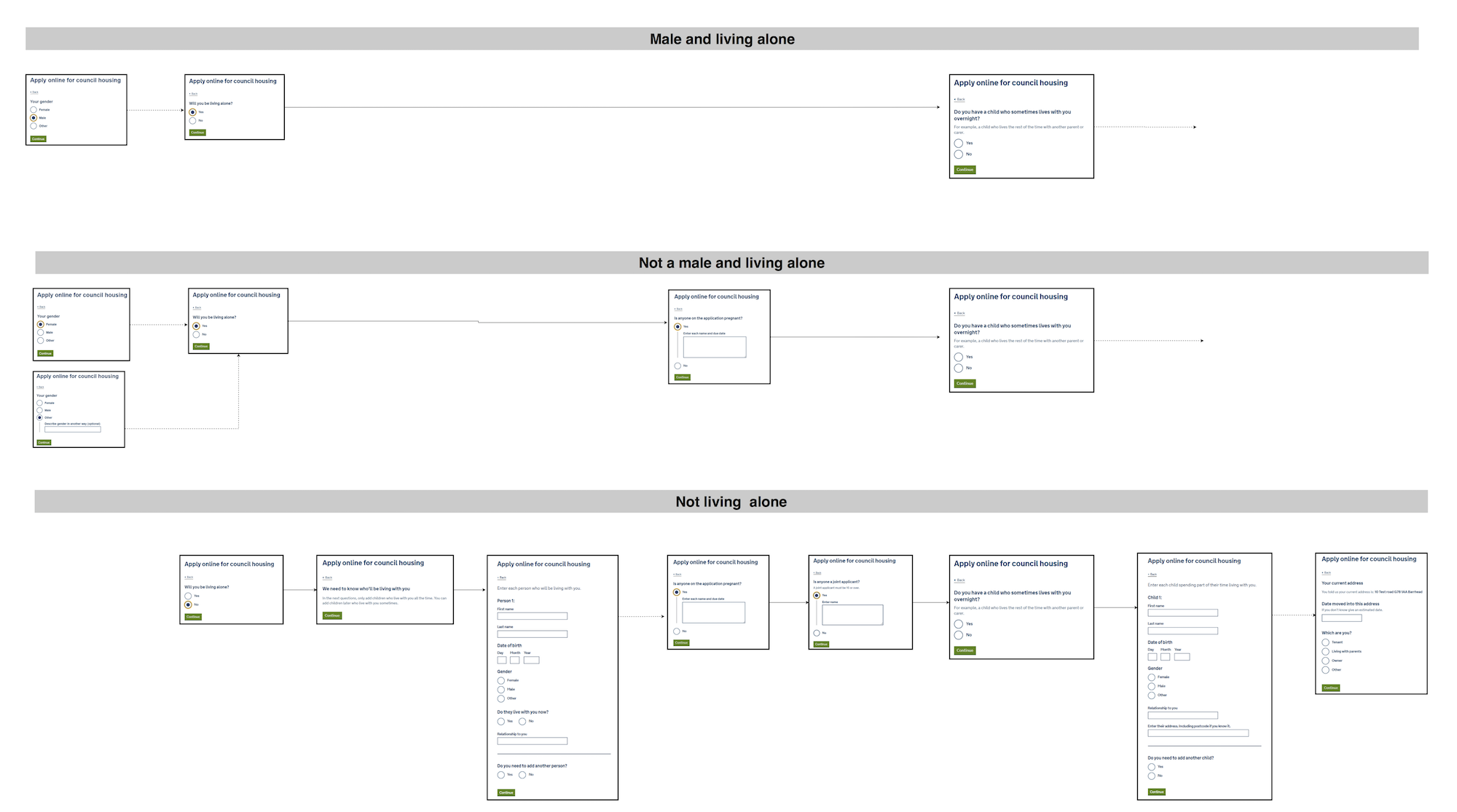 Video of the start of the form

Video of the Equality and Diversity questionnaire

This was ongoing and not live yet when I left in February 2019.